The purpose of the DALI project is to address the following problem:

Given an existing centralized traffic management infrastructure, how can we turn it into a smart distributed infrastructure without the need for expensive changes or upgrades?

The DALI solution calls for enhancing existing traffic infrastructures by: 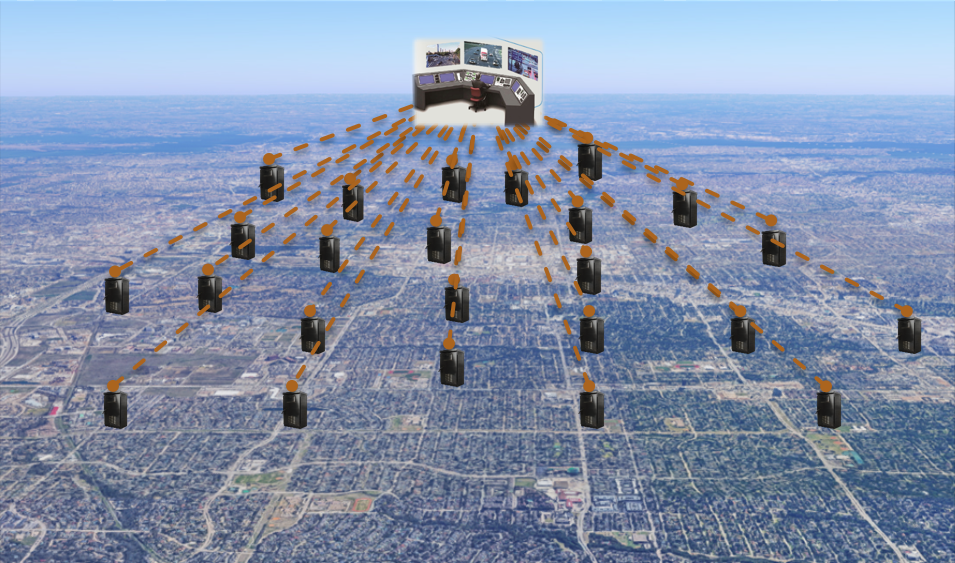 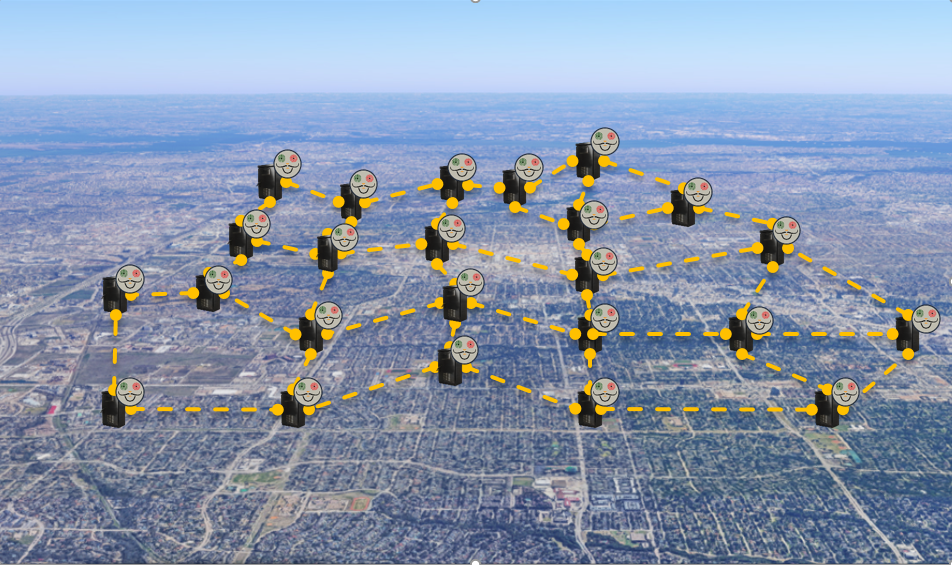 DALI (Distributed, Agent-based traffic LIghts), is a smart, collaborative traffic signal timing system. With DALI, intersection controller agents communicate with each other through direct links and do not have a supervising unit to oversee coordination.

A DALI Agent architecture is given below. It consists of four modules:

The task module manages the atomic tasks that the agent can perform.

By default, agents execute a timing strategy that improves traffic flow. At the same time, they observe and analyze their respective intersections. If at any given time, an agent determines that its intersection is congested, it deliberates and defines a new timing plan. It also determines which direct intersections may be affected by the new timing plan and communicates with the concerned intersection agents. They, in turn, communicate with those agents that may be affected, and the process continues until all affected intersections are notified. The agents then negotiate and collaborate with one another to ensure that the traffic flow will be optimized throughout the intersections.

Simulation of the City of Richardson 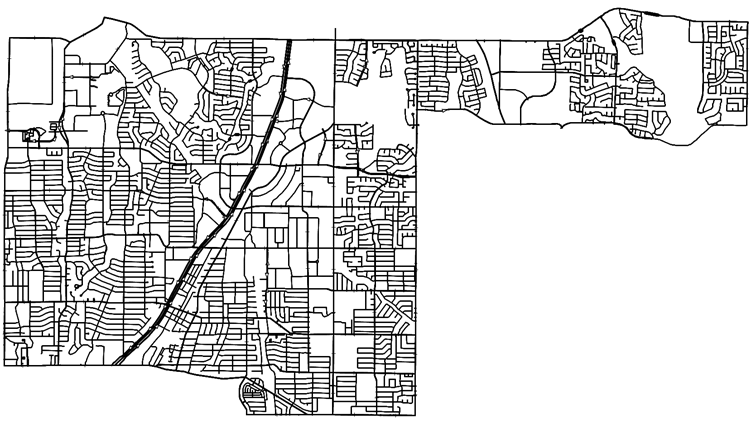 2D visualization of the City of Richardson’s Traffic Network.

In addition to model-based simulations, hybrid simulations (i.e., integration of controllers in the field with the simulator) were run to verify compliance with the strict traffic regulations.

DALI was deployed in the City of Richardson’s Waterview Parkway corridor at three major intersections. The data collected over a period of three weeks shows that on average, DALI reduced delay by 40.12%. (43.56 percent during weekday peak hours). 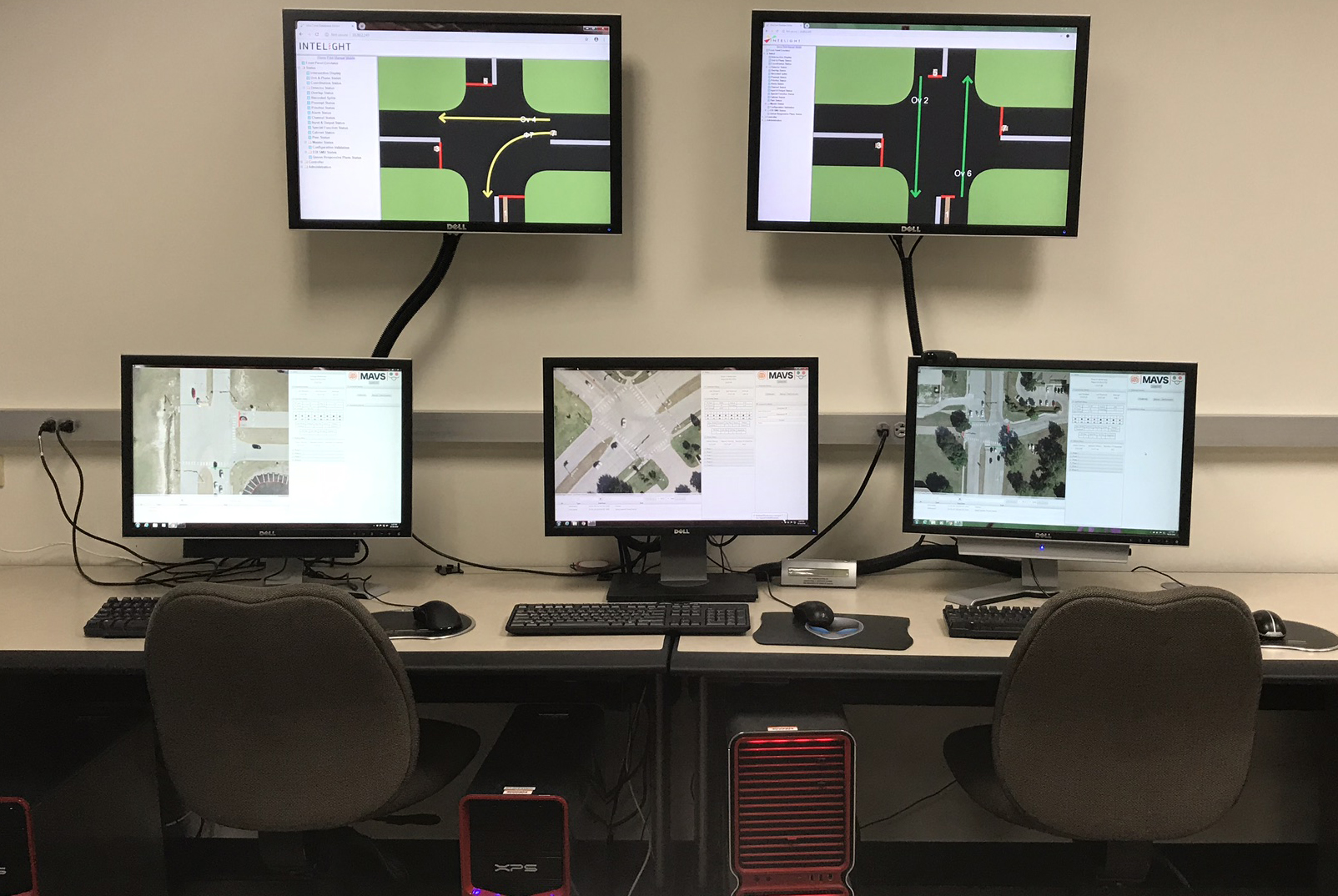 DALI agents executing in the lab

Comparision of conventional system and DALI execution at Synergy Dr and Waterview Pkwy.

Deployment of DALI at intersection of Synergy Dr and Waterview Pkwy

Deployment of DALI at intersection of Frankford Rd and Waterview Pkwy

DALI Agents Running in the Lab

Evaluation of DALI through simulation

AAMAS 2020 Best Application Demo . The award recognizes the demo with the most impact in a real-world application.

Interview with the Dallas Business Journal, UT Dallas Professor Helps Invent Traffic Lights That Talk To Each Other And Reduce Congestion, August 2019.

Interview with Smart Cities Connect, University of Texas at Dallas and City of Richardson Team Up On Collaborative Traffic Signal Timing System, April 2019.